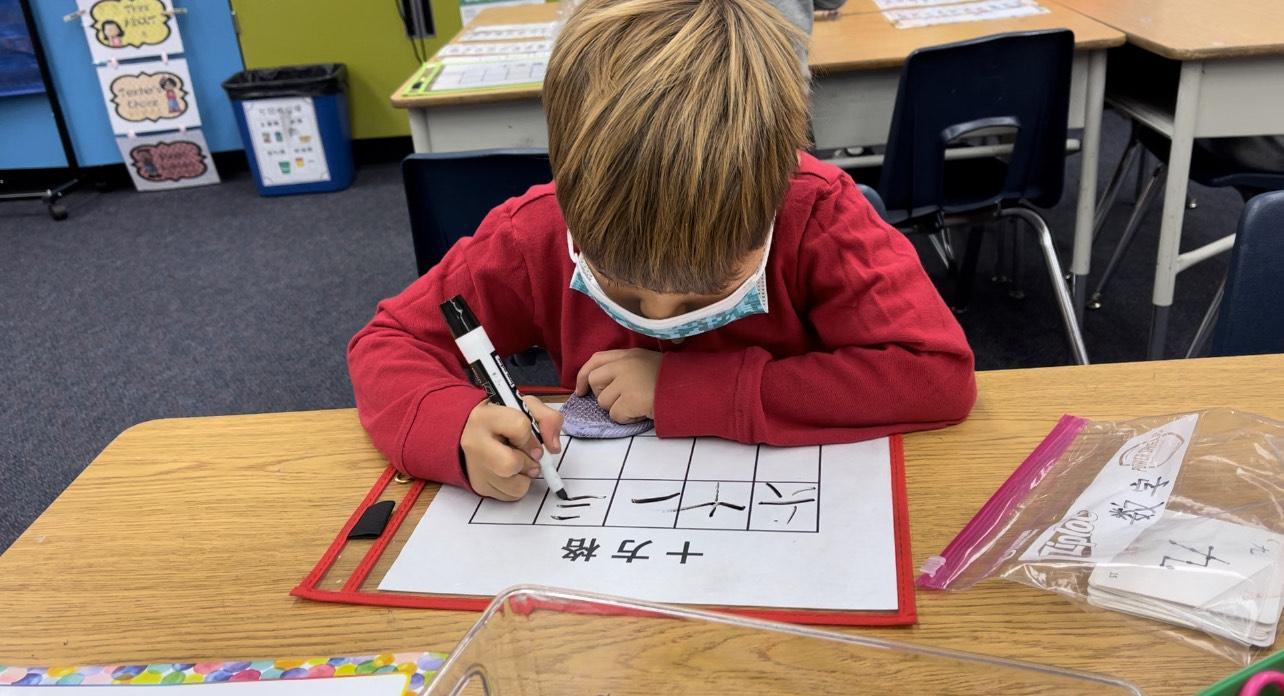 Beginning with 50% Mandarin and 50% English Immersion
Creates a Linguistic Environment - Immersion means only one language is spoken by the teacher in the classroom for half the day, then the other teacher uses the other language for the other half.
Chinese and English use different sides of the brain, setting up tremendous brain interface. A 2018 Massachusetts Institute of Technology study concluded, “It is nearly impossible to achieve proficiency… of a native speaker unless you start by 10,” Immersion has a very time critical element. The window to acquire language begins to close at around 4 to 6 years of age, and this window is only open once in a lifetime.
Our utmost priority is learning. Knowledge is not dependent on speaking a language. Students who are English Learners will receive English support. Research is clear that exposing children to a second language at an early age stimulates the development of critical thinking and problem-solving skills.
Students who are competent in more than one language consistently outscore monolinguals on tests of verbal and nonverbal intelligence, suggesting that immersion students have greater cognitive flexibility. Furthermore, studies have shown there are specific benefits for learning a second language: Mandarin is unrelated, written or tonally, from English. Mandarin is a 5,000-year-old Pictionary language, whereas English and Spanish have their roots in Latin, the Romance languages, and phonic spelling. Chinese registers on a different side of the brain (artistic). Americans’ experience of learning Spanish doesn’t relate. The US State Department says it takes 3 times as long to learn Mandarin for their employees.
In the Dual Mandarin Immersion program, students are taught literacy and academic content in English and Mandarin. The Language use percentage for core instruction in the Dual Chinese Immersion Program from Kindergarten to 6th grade is 50% in English and 50% in Mandarin, and in 7th and 8th grade is 33% in Mandarin and 67% in English.The goals of dual language are for students
Curriculum: Our Mandarin curriculum is integrated with Common Core State Standards and ACTFL language standards (American Council on The Teaching of Foreign Languages).
ACTFL WORLD-READINESS STANDARDS FOR LEARNING LANGUAGESCommon Core State Standards